How to Interpret the Different Region of Circuit Breaker Curves

Overload Region
The opening of a molded case circuit breaker in the overload region is generally accomplished by a thermal element, while a magnetic coil is generally used on power breakers. Electronic sensing breakers will utilize CTs. As can be seen, the overload region has a wide tolerance band, which means the breaker should open within that area for a particular overload current.
Instantaneous Region
The instantaneous trip (I.T.) setting indicates the multiple of the full load rating at which the circuit breaker will open as quickly as possible. The instantaneous region is represented in the following curve and is shown to be adjustable from 5x to 10x the breaker rating. When the breaker coil senses an overcurrent in the instantaneous region, it releases the latch which holds the contacts closed. 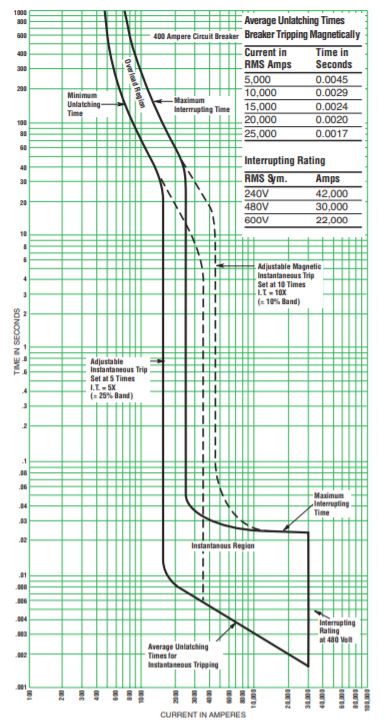 The following curve illustrates a 400A circuit breaker ahead of a 90A breaker. Any fault above 1500A on the load side of the 90A breaker will open both breakers. 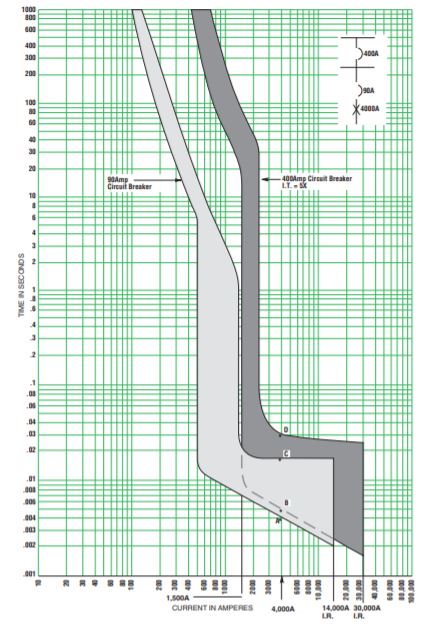 Read: What is the advantage of using Thermal Magnetic Circuit Breaker in motor control?

The sequence of events would be as follows: