How to Develop Sequence Network in an Unbalanced Faulted System?

For this reason, the method of symmetrical components are widely used to carry out the calculations. Although there are already computer software that can perform in behalf of the manual calculation, still, it is necessary to understand the fundamental concept of fault analysis.

From the previous article of symmetrical components, it is explained how an unbalanced vectors are converted into three sets of equal vectors namely: the positive sequence, negative sequence and zero sequence components.

There are three types of unbalanced fault in three phase system:

Once the sequence networks for the system are defined, the way they are connected is dependent on the type of fault. Sequence network connections for common shunt fault types are shown.

1. Single line to ground fault: In this type of fault, the positive, negative and zero sequence components are connected in series. It follows that, all sequence currents have similar value i.e. I1 = I2 = I0. 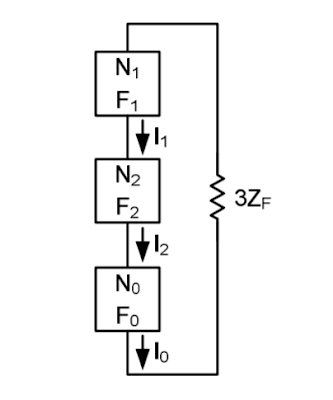 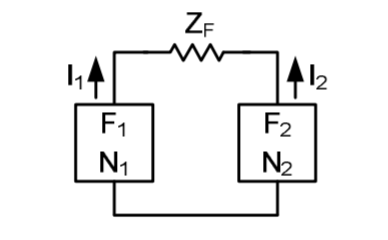 3. Double Line- to- round fault: In this type of fault, all sequence networks are connected in parallel. By simple Kircchoff's Current Law in the top node we can find that I1 + I2 + I0 = 0.

The rest of the analysis can be done using circuit analysis with complex quantities.