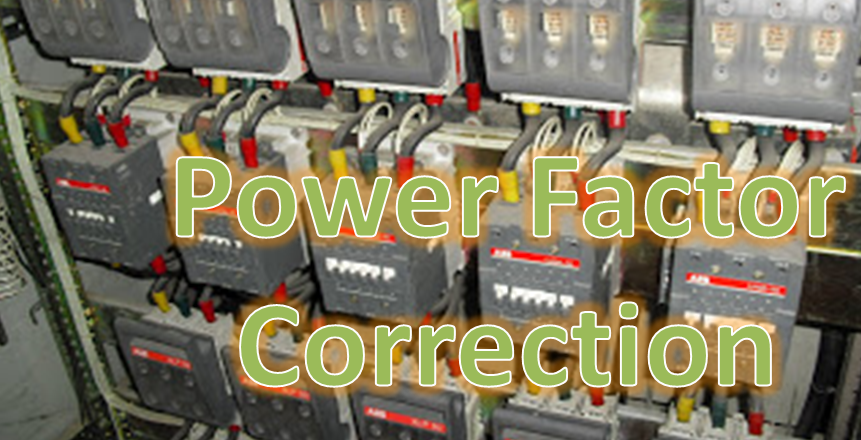 The relationship of these three are represented by a power triangle. 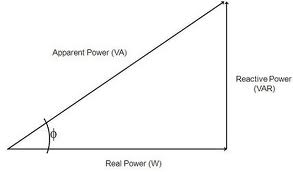 Power Triangle
In relation to this diagram we define power factor as the ratio of the real power to the apparent power, that is

or we can expressed it as the cosine of the angle ( Ø ) of inclination from a geometrical perpective, that is

The power drawn by the AC system depends on the connected loads whether those are purely resistive, inductive or capacitive. Purely resistive loads are drawn mostly by loads used in heating, passive resistor used in motor control starter and others.

But mostly if we consider the overall system particularly in industrial applications purely resistive system is very rare to exist. But before going further I would like to show first the graphical representation of power drawn by typical electrical system for more understanding.

This diagram describes the power drawn by a typical electrical system. The positive angle represents capacitive system (leading power factor) while the negative angle represents inductive system (lagging power factor). In AC system the current and voltage are propagating as wave signals and the two quantities may or may not be displaced with each other. If they are displaced with each other, then either the voltage or the current will come first.

Leading Power Factor
However if we reverse the situation when the voltage comes first, the voltage in this case lags behind the current by some electrical degrees then that system is an inductive system and has lagging power factor. 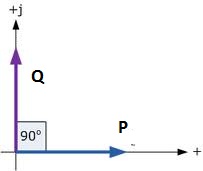 Vector Diagram of a Capacitor
THE POWER FACTOR CORRECTION USING A CAPACITORThere are two methods where a system with low power factor can be corrected but I will discuss here the most commonly used method of power factor correction that is by way of installing a capacitor.

A 3-phase, 440 volts electrical system is taking 10 MVA of power has an overall power factor of 0.6 lagging. Determine the rating of the capacitor in order to raise the power factor into .90? 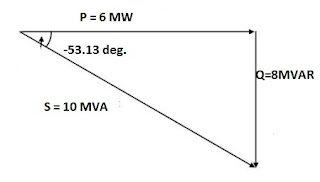 Power Triangle of the Above Example

Note: The negative quantity does not mean that it draws negative power, that is just a representation as a vector quantity. The negative value means the vector is directed downwards or below the X-axis.

The Additional Reactive Power
Refer to the above diagram we can conclude that we can have the same real power (P) but with different apparent power (S) and that values are dependent on the inductive power in the system.

Taking trigonometric calculation, we can get:
Since this is a three phase system we can divide this rating into three and bank it across each line before the load. We can use three capacitors each with 1.7 MVARS, 440 volts rating. 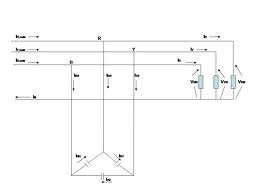 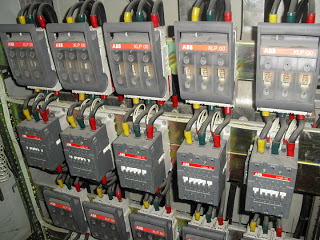 Ideally the factor should be close to unity or 1.0 [cos 0 = 1.0] , that is the power factor angle is held to be zero. In this case the real power is equal to the apparent power thus making the system efficient. Sometimes the occurrence of the low power factor situation happened only during full blast operation of the plant.

HOW POWER FACTOR AFFECTS THE SYSTEM.


In AC system we are computing the current as:

Thanks for educating us. Im sure repairmen are up to your blog for this information. I will saved this page as my bookmark too. If you need item for your project: Industrial Products Clark