How to Properly Test the Protective Bonding Conductor?

BS 7671 strictly require that the protective bonding conductors are unbroken and have a resistance that is low enough to satisfy the standard. Protective bonding ensure that when fault occurs in the system, a dangerous potential will not occur between earthed metalwork (exposed conductive parts) and other metallic part of the building. When the protective bonding is visible in the entire location, a visual inspection will be enough. However, most of the installations have embedded wirings which make it difficult for visual inspections. Thus, testing is really necessary.

The purpose of testing protective bonding conductor is to ensure a sufficient earth path, where in the event of a fault the exposed and extraneous conductive parts will have the same potential. That is why it is called ‘equipotential bonding’. In order to achieve this it is recommended that the resistance of the bonding conductors does not exceed 0.05Ω.

BS 7671 provide a recommendation for the maximum length of copper protective bonding conductor.

As mentioned above, in many electrical installations, visual inspection is not possible since wirings are usually embedded. Protective bonding test can only be carried out during initial veriﬁcation; this is because one end of the bonding conductor must be disconnected to avoid the measurement including parallel paths. We have to note that when disconnecting bonding, it is necessary that the installation is isolated from the supply. On larger installations it is often impossible to isolate the complete installation and therefore the conductor must remain connected.
Read: How to conduct polarity testing?
In this case, the low resistance ohm meter must be set on the lowest possible value of ohms and the leads must be nulled or the instrument zeroed.
Step 1
Perform safe isolation procedure. Apply lock out device.
Step 2
Disconnect one end of the protective bonding (see figure below). If possible disconnect at the consumer’s unit and test from the disconnected end and the metalwork which the bonding is connected to. This will test the integrity of the bonding clamp. 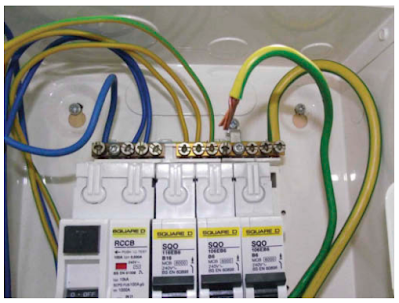 Step 3
Connect the leads of the multi-meter together and make sure that the reading is zero. 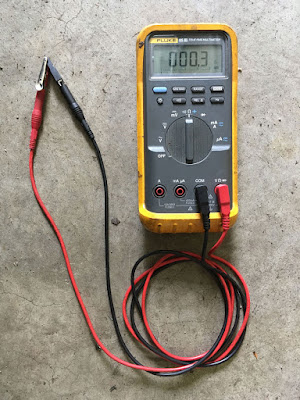 Step 4
Connect one lead to the disconnected conductor. 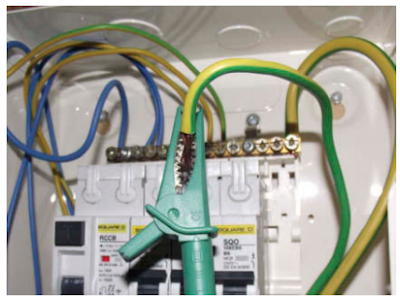 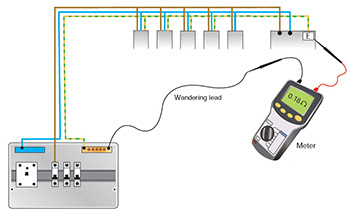