How Electrical Engineers Shaped The World 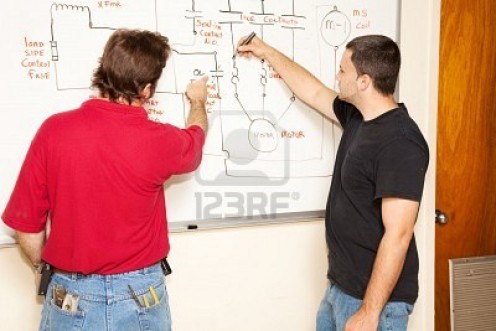 When the Greek Philosopher Thales observed that when an amber is rubbed against fur, it could attract pieces of materials like feathers, in this way he demonstrated the early discovery of the relationship between electricity and magnetism. But with such tremendous discovery electrical engineering did not flourish during that period, ancient Greeks were not too interested in experimental science since they were too busy with philosophy and metaphysics. If they discovered electricity during that time then Christopher Columbus should have used GPS when he discovered the Americas and the execution of Rizal is a trending topic in the social networking site.

In the beginning God said "Let there be light" so maybe the first profession in the world was electrical engineering.


The Renaissance Period to Industrial Revolution

It was not until the renaissance period that scientists gave serious attention to the electrical phenomenon. Electrical phenomenon is the direct effect of the movement of electrons --- period. Such a movement could manifest illumination, formation of magnetic field, heating and many others. Since electron is one of the fundamental blocks of matter, its effect and manifestation transcends to other forces of nature and in one way or the other it was caught by the curiosity of early scientists. Even Benjamin Franklin one of the founding fathers of the United States of America, curious about the phenomena, he flew a kite during storm to prove lightning is also a kind of electricity (then called as electricity fluid). He successfully extracted sparks from the cloud and his experiment lead to the discovery of the lighting rod. In honor to his contribution in electrical engineering the cgs unit of electrical charge was honored to him: 1 Franklin (Fr) = 1 statcoulomb.

Alessandro Volta found out in his experiment that when two metals of different composition such as lead and zinc, when submerged into a certain chemical (electrolyte), the electron will flow from lead to zinc and thus producing electricity---this is the birth of the battery. His discovery leads to the invention of the development of the irst electrical source and later became the foundation of electrochemistry.

Micheal Faraday on the other, expanded the work of Oersted when he discovered the law of electromagnetic induction. Without the aid of mathematical equations he demonstrated the law of electromagnetic induction it was James Clark Maxwell provided mathematical explanations of the former to translate the idea. That's why Faraday was named as the greatest experimentalist of all time. Faradays experiment is the forerunner of transformer, induction motor, electric generator, solenoids and relay.

During the 19th and 20th century the research and discoveries made by prominent scientists were put into practical applications. The invention of machines that replaced the popular steam engine during the industrial revolution were manufactured. Thanks to the pioneers who devoted much of their time in investigating the

The list does not stop there, still we should acknowledge the effort of countless numbers of engineers who developed the things around us. For example for the people who are responsible for the evolution of the incandescent lamp of Thomas Edison to the LED lights, the engineers who developed the first generation television to the LED TV. Their contribution is indeed significant because it reduces the energy consumption into more than 50%.

Because of these developments the media gained more influence in the society. The power of the broadcasting in television and radio became unprecedented. Government officials during these era are cautious in their actions afraid of being criticized publicly. Emerging new industries in show business, recording studios and movie production became popular that contributed to the economy of nations. According to the Motion Pictures Association of America the film and TV industry contributed 180 Billion USD to the American economy and generates an annual 15 Billion USD to the federal and state taxes. In addition to that around 2.4 million jobs is dependent to the movie and TV production industry. On the other hand the music industry is dubbed as the new economic engine of the nation with their K-POP. Philippines is one of the biggest market of Korean music and showbiz industry. Thanks to the electrical engineers who contributed to the latest innovations to make these things possible. 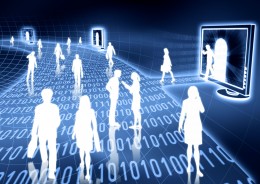 Electrical Engineering in the 21st Century and Beyond

Nowadays researchers of electrical engineering combined this discipline into other areas of science and technology. Electrical engineering along with allied discipline became the prime mover of the modern civilization. From high speed trains to supercomputers electrical engineering plays a significant role. Along with the discovery of modern computer applications there are innovations emerged in the field of robotics, industrial automation and modern defense equipments.With the development of modern industrial automation such as SCADA, companies  can now come up with the optimum production of goods based on accurate forecasting. In addition industrial automation can also minimized the use of energy with the help of variable frequency drives, advance monitoring system and the like.

Because of computer, internet technology was born and became the forerunner of social networking sites that made the world as a global village. The term media is no longer exclusively associated with the people who are working as a reporter, news writer and producer. With blog sites, youtube and facebook, at any time an ordinary person can be a reporter, writer, actors or models in their own right. Social networking sites changes the way people interact in the society, e-marketing becomes more significant strategy of promoting products and services. There are governments that has been toppled because of revolutions where social media is a tool for assembly and discussions. Laws have been passed to prosecute cyber criminals such as Republic Act 10175 or the Cyber Crime Prevention Actand old folks companieros need to include a bit of IT in their research to fully understand these new developments. People fall in love virtually, lovers quarrel virtually and student can get PHD virtually and all of these things happened because of the internet. Now can we imagine the world without electrical engineers?